Chief Fenton joined the Cape Elizabeth Police Department in January 1997 as a patrolman, rose through the ranks to Detective, Sergeant, and was appointed chief in December 2018. He is a 1990 graduate of Cheverus High School, a 1994 graduate of Brandeis University and has Masters Degree
in Criminal Justice from Husson University.

From 1995-1996, Chief Fenton was a Reserve Officer for the Old Orchard Beach Police Department. He is a certified Emergency Medical Technician and a graduate of the Federal Bureau of Investigations National Academy. He is also a former Commander of the Southern Maine Regional SWAT Team, after serving on it for over 15 years. His hobbies include weight lifting, running and reading.

Safety Message: When you ride at night, keep right and dress with clothing that's colored light.

Captain Sinclair was hired in July of 1985. He served as the department Detective for three years before being promoted to Sergeant in 1991. Captain Sinclair has an undergraduate degree in criminology and a master's degree in business. Captain Sinclair is married with three children. He enjoys fly fishing, hiking, archery and family.

Sergeant Fay is a graduate of the University of Southern Maine with a degree in Criminology. He started working with the Cape Elizabeth Police Department in December of 1995. His hobbies are weight lifting, skiing and riding his motorcycle.

Safety Message: If you ride your bike at night, be sure to wear reflective clothing and use a bicycle light so cars can see you. 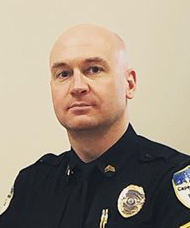 Jeffrey Gaudette was sworn in as Cape Elizabeth Police Department sergeant on Oct. 16, 2019.

Sergeant Gaudette has been a member of the Cape Elizabeth Police Department since October 2002 and has most recently been serving as the shift supervisor for the swing shift.

He is a graduate of the University of Southern Maine with a degree in criminology and is a certified taser instructor, emergency medical technician, field training officer and glock armorer. He is also a member of the Southern Maine Regional SWAT Team and currently holds the position of assistant team leader.

Officer Benjamin joined the Cape Elizabeth Police Department in March of 2008. He holds a master's degree in Public Policy & Management from the University of Southern Maine, as well as a bachelor's degree in Criminal Justice from Utica College of Syracuse University. Officer Benjamin is a certified Drug Recognition Expert at the instructor level and serves on Cumberland County Regional Impaired Driving Enforcement team. His hobbies include basketball and woodworking. 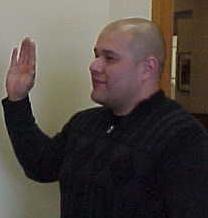 Patrol Officer David Galvan was sworn in as a Cape Elizabeth police officer on Jan. 4, 2010.

He is a graduate of Southwest High School in San Diego, Calif., and is currently studying criminal justice at Saint Joseph's College.

Galvan graduated from the 14th Basic Law Enforcement Training Program in Vassalboro Maine in 2008.  He loves spending time with his wife and son, and also enjoys traveling and participating in sports. 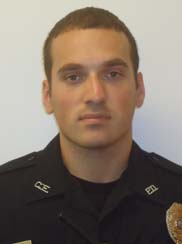 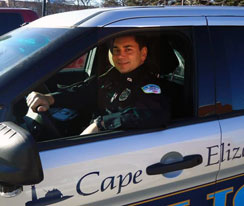 Darin Estes joined the Cape Elizabeth Police Department in 2013 as a patrolman.  He currently serves as the police department’s Community Liaison Officer.   He is a 1987 graduate of Gray-New Gloucester High School and a 1991 graduate of Clemson University with a degree in Management.   Darin graduated from the 72nd Municipal Country Basic Police School at the Maine Criminal Justice Academy in 1992. 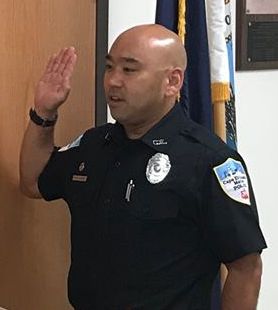 Patrol Officer Ryan Wagner was sworn in as a Cape Elizabeth police officer on Sept. 4, 2018.

Officer Wagner came to us with five years of law enforcement experience with both the Farmington Police Department and the University of Maine at Farmington. Officer Wagner also has a masters degree and is a certified firearms instructor through the Maine Criminal Justice Academy. 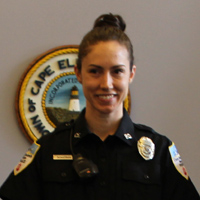 Reserve Officer Schafran was sworn in as Cape Elizabeth's newest police officer on May 7, 2019.

She is a certified field training officer, firearms instructor, domestic violence instructor, and glock armorer. For eight years before coming to Cape Elizabeth, Officer Schafran had been a police officer at the State University of New York at Buffalo. 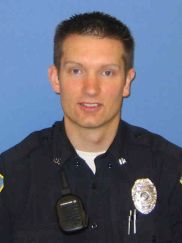 Reserve Officer Webster joined the Cape Elizabeth Police Department in July 2005.  He graduated from the University of Maine, Augusta in 2002 with an associate’s degree in Criminal Justice and received the “Student of the Year” award in that program.  He also graduated from the University of Maine, Orono in 2004 with a bachelor's degree in Business Administration. Officer Webster attended U.S. Air Force Basic Military Training in 2008 and graduated first in his class, earning the “Top Airman” award.  He currently serves as a Designated Marksman for the 157th Security Forces Squadron at Pease Air National Guard Base in New Hampshire.

Safety Tip: Always plan ahead and select a designated driver. It only takes a moment and can save your life or the lives of others you care about.