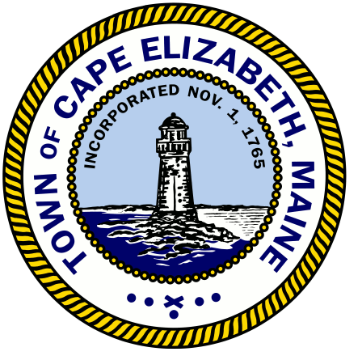 They raised the building themselves on an acre of land donated by Jonathan Mitchell for the church and burial ground. It was a simple building, the seats being made of rough two-inch planks with spruce legs. However, two years later the church was divided into pews or square boxes that had very high sides with doors fastened with "buttons." In order to meet financial obligations, the pews were appraised and sold to members.

The Meeting House has been renovated several times, that we know about, major changes being in 1834 and 1895. At the earlier date a belfry was added and a vane that cost $40. In 1895 or '96 the present chandelier (purchased second hand) was installed. It has now been restored to its original beauty and electrified--far safer than when it used kerosene, and is certainly the focal point of the interior. The organ in use now was built before 1890 and donated in 1922 by Ida Brown.

In 1935 the South meeting House was incorporated as the Spurwink Congregational Church, ending its affiliation with the North Church (First Congregational in South Portland) after 133 years. For many years it had a very active membership and its own minister. When in 1957 it could no longer support itself, a special law was passed and the property was turned over to the Town of Cape Elizabeth.

Spurwink church is the oldest public building in Cape Elizabeth and has been named to the National Registry of Historic Places. The architecture, a blend of Federal, Gothic and Greek Revival, was frequently used in the early 19th century.

The church sits on a hill above the Spurwink River, upriver from where the first settlers built their homes. The handsome steeple and old weathervane continue to be a landmark to residents and visitors while the church's historic character is enhanced by the beauty of the salt marshes it overlooks. Because of it historical and architectural charm, the meeting house is still used by townspeople for weddings, christenings, funerals and other special events.